Sometimes working in animal welfare can be overwhelming - so many issues, so much suffering, so much work that needs to be undertaken to improve the lives of animals and drive permanent change.

Change For Animals Foundation (CFAF) has recently joined a new campaign calling for improvements to the welfare of horses used in equestrian sports – A Bit More Choice.

A ‘bit’ is the piece of metal that is held in place in the horse’s mouth by the bridle. When the rider adds tension to the reins, pressure is transferred to the bit, which causes discomfort in the horse’s mouth causing him/her to slow down or change head position as is required in some equestrian sports, especially dressage. Some bridles do not include this piece of metal in the mouth and are known as ‘bitless’.

Bitless bridles are generally considered to cause less pain and discomfort to the horse than bitted bridles. However, some designs of bitless bridles rely on leverage mechanisms that generate considerable pressure to the poll (a sensitive area on top of the horse’s head between the ears). Therefore, even though some bitless bridles are also far from ideal, the vast majority of designs are more humane than bitted ones – the key message of the campaign is to provide competitors the ability to choose humane bridles for their horses.

Currently, some equestrian disciplines do not allow horses to be ridden without a bit in competition. This campaign aims to improve the welfare of horses used in equestrian sports and remove the discrimination against riders who choose to train and compete using bitless bridles. Many riders and their horses prefer bitless bridles for several reasons including the preferred mode of action, increased comfort for the animal and ethical position. Competitors can achieve the movements and requirements of the dressage scoring systems using a bitless bridle.

There are many welfare issues associated with equestrianism, such as stabling horses for long hours, stress associated with travelling, and the stressful competition environment itself. Therefore, the discomfort and pain caused by the bit is just one of many welfare concerns associated with horse riding, but CFAF recognises that the issue represents much more - discriminating against riders who choose equipment that is kinder to their horse is simply wrong.  Since the rules for these competitions were written there have been considerable developments in our understanding of animal behaviour and welfare; the rule books need to change to reflect modern what animal welfare science has discovered. 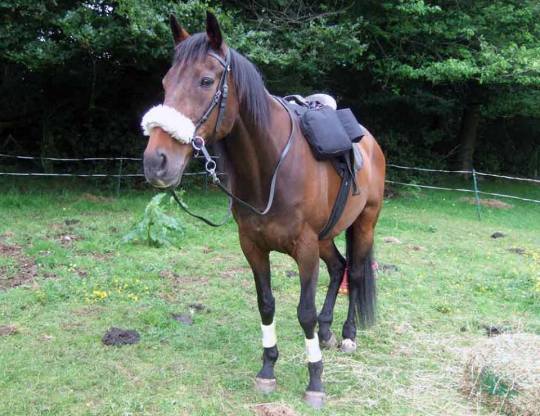 A rule change to allow bitless bridles in all competitions would make the lives of some horses more comfortable during training and competition. Horses competed at high levels are trained for many hours a day so being trained in bitless bridles would make this time more comfortable. Although we recognise that these changes are small, they are also very important. The equestrian world is not likely to change overnight, but these small improvements to the lives of the horses will make way for bigger ones to follow. Small steps towards change can be frustrating for those of us who recognise the suffering of animals all around us, but some change is better than none. It is wrong that, in this case, the current rules discriminate against choosing more ethical equipment for horses. All sports constantly evolve to reflect improvements in knowledge and equipment and equestrianism shouldn’t be any different; positive change should be embraced, not ruled against.

Reasons given for disallowing bitless bridles in some competitions include not being “able to change the rules" and not being able to “achieve submission to the bit without a bit,” but we all know that rules can be changed. And when the change will result in better welfare of horses, there is no excuse. The A Bit More Choice campaign is supported by professionals and organisations across all equestrian disciplines and levels of competition.