Last week, Change For Animals Foundation was in Seoul with the wonderful Jill Robinson and Irene Feng from Animals Asia. Having worked on the anti dog meat campaign in South Korea for the last several years, it was exciting for me to host a meeting with the local animal protection groups- those leading the ever-growing movement- to discuss ways on how we can work collaboratively to reach our goal- our dream- of ending the dog meat industry in South Korea.

Change For Animals Foundation works on a number of projects committed to ending the inherently cruel dog meat trades in Asia. But South Korea is where it all began for me.

On my first visit to Korea, I visited the infamous Moran Market- South Korea’s largest dog meat market where an estimated 40- 60% of dogs traded for the meat industry pass through. It is a painfully sad place, the helplessness of the situation is overwhelming, and when you lock eyes with one of the dogs  through the bars, knowing where they have come from and what they have yet to endure, walking away is the hardest thing I have ever done. It is where my pledge to end the dog meat industry in South Korea was made. 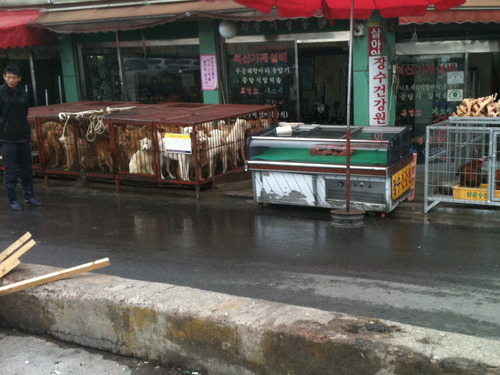 The dogs I have seen in Korea still haunt me… the seemingly indifference to their suffering is incomprehensible. But there is hope. And that hope is in the form of the ever-growing animal protection movement in South Korea, where animal rights has become the fastest growing civic movement.  Our meetings, co-sponsored by Animals Asia, the Humane Society International and Animal Guardians, hosted those at the forefront of this movement- those who have committed their lives to raising public awareness of the plight of animals in Korea.. and the dog meat debate is one of the most emotive and contentious issues. As I was once told by one of those very special people- one of an ever growing number of South Koreans who commits every day to raising awareness of, and gaining support to end, the unimaginably cruel dog meat industry -  “until we can gain support for a dog meat ban, what hope do we have for other animals”.

And people do care. Hugely and passionately, and in increasing numbers. The groups we met with- many founded, and led, by volunteers- spoke of their inspiring work to reach our goal of a permanent dog meat ban. Their commitment to the cause is clear and their passion is tangible.

It is a difficult campaign- one that requires the socio-legal status of dogs to be redefined- but it is achievable, and I have never felt more inspired than I did leaving Seoul last week.

The meetings also benefited from a very special guest- the wonderful Django! Django- rescued from a dog farm a couple of months ago- is classified as a ‘meat dog’ in South Korea - a dog whose only value is measured on scales in the form of ‘guns’ - the measurement used to weigh dogs destined for human consumption. When rescued, he was dangerously underweight and suffering from a variety of skin conditions, and his body had scars revealing the pitiful conditions of his life in a cage on a dog meat farm- a place where there is no compassion or hope. 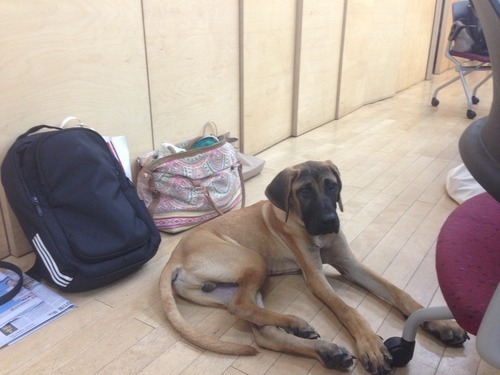 But Django showed us that his spirit had not been broken or his soul destroyed, as he bounced up to everyone at the meeting to greet them in his own special way- a big lick! His willingness to forgive and trust humans again is astounding… and his wonderful spirit shines through as he acts in the mischievous way all puppies should.

Our meetings reignited our hope for a cohesive campaign- together, we will fight as one united voice, a voice that will become so loud that it can no longer be ignored- sending a clear message that people are turning their backs on the dog meat industry- an industry that has no place in today’s society where there is mounting concern for, and compassion towards, animals and their welfare. 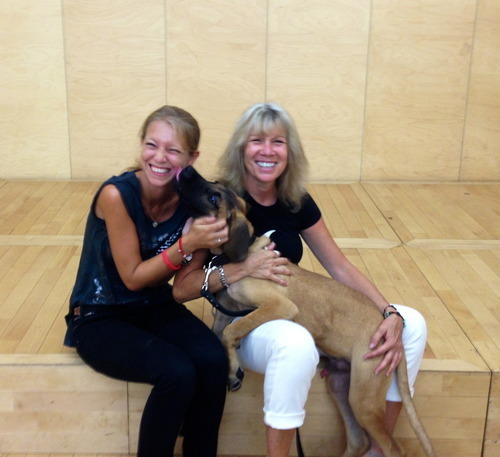 As Jill explains, “The energy in the room was electrifying - with a positive intent in collaborating together to end an industry that has seen millions of dogs dying in agony over the years and the meat of diseased animals entering the food chain South Korea. Pet dogs, working dogs and meat dogs cannot be separated in to two categories as the traders claim - a dog is a dog is a dog - and they help to secure the safety of the country’s people as they work side by side with the Police and Customs departments today.

Huge congratulations to all the groups there who began a collaborative journey to be a resounding voice together against the consumption of dogs and cats in Korea. And while the gorgeous Django was on a relentless mission to lick us all to death, there is no doubt that he too represents a whole species that live and lose their lives to help ours, and make our family homes happier and safer too."

Django may just be one of the estimated 2.5 million dogs raised and slaughtered for meat in South Korea each year - but he is hope. And he represents why we will never stop until the last cage has been emptied.